Dedicated Melbourne cyclist Melissa Ireland has just been announced as the big winner in the Ride High Country – 7 Peaks 2019 season, collecting the grand prize of a trip for two to Europe, including the Tour de France.

Victoria’s Ride High Country – 7 Peaks is an at-your-own pace cycling challenge which runs annually from October – April each year, encouraging riders to tackle one, some, or even all, of the seven challenging Victorian Alpine Resorts road climbs to go in the draw to win amazing prizes. To enter the competition and be eligible for the grand prize riders register online, complete the peaks of their choice and log them with the 7 Peaks app or stamped paper passport.

Melissa’s Mt Hotham ascent was among the more than 6,500 officially documented rides this season across north-east’s seven alpine resorts. Participants who took on the challenge of riding all 7 Peaks had to conquer a total of 165km and over 7,000m of climbing to conquer the most testing road climbs in Australia.

When Ms Ireland started planning a trip to Europe with friends to spectate the Tour de France, she had no idea she’d be jetting there free of charge, courtesy of Tourism North East and Wide Open Road Tours.

“It’s all a bit overwhelming! I was in the middle of organising my trip with friends to head to this year’s Tour de France” said Ms Ireland. “I’m on such a high, I just can’t believe it. It’s such an amazing prize, I’m obviously meant to go!”

Ms Ireland is the recipient of a trip for two to the Tour de France, courtesy of Wide Open Tours and Ride High Country. The prize is two week itinerary for two cyclists around iconic Pyrenees road climbs and the Tour de France’s journey through the heart of the French countryside.

We’d like to acknowledge and thank Clare and the team at Wide Open Road Tours for their ongoing support of the 7 Peaks program and this prize. We’re sure Melissa will have a trip of her lifetime! 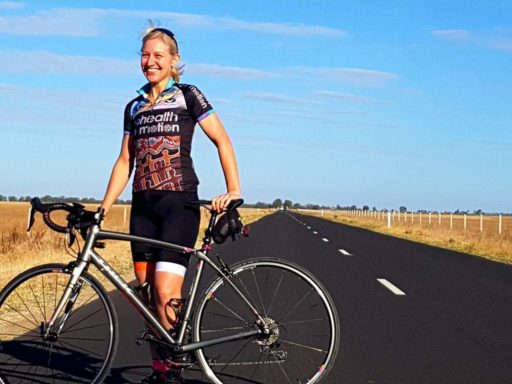