Victoria’s High Country is a must visit for recreational cyclists. The demise of Victoria’s regional railway network in the 1970s has left a lasting legacy of accessible rail trails through verdant valleys and lush farmland. The huge range of local food and wine in Victoria’s North East is accessible via the largest off road rail trail networks in the southern hemisphere. The spectacular valleys of this verdant region offer beautiful leisurely riding on the way to indulging in the local produce.

There are three main rail trials: The Murray to Mountains follows the Ovens Valley from Wangaratta to Bright with one offshoot from Rutherglen to Wahgunyah plus another running from Beechworth downhill to Everton; The Great Victorian Rail Trail runs from Mansfield via Lake Eildon and Yea and on to Tallarook whilst the High Country Rail Trail hugs the shores of Lake Hume from Wodonga to Corryong.

There are some fantastic events to time your recreational cycling trip to the North East. The annual High Country Harvest is in May and it is highly recommended to spend several days indulging in the bounty of the region. Many of the events are easily accessed on two wheels. Another sumptuous event is La Dolce Vita held in November in King Valley. Visiting during this weekend you could well believe you have been arrived at an Umbrian valley with a feast of Mediterranean fare and Italian influenced wines to try. And on any given weekend there will be local farmers’ markets on. The Great Victorian Rail Trail is the closest to Melbourne and winds its way along the Goulburn valley. The trail offers spectacular scenery crossing Lake Eildon and passing by old river red gums and through rich farm country. Cycle to local producers in the Mansfield region to pack a picnic before heading off on your adventure. And the Farmers’ Market is on in the centre of Mansfield on the fourth Sunday of every month. This trail is Australia’s longest continuous rail trail at 134 km. You may select to ride a section of the trail commencing at Mansfield and heading out to Lake Eildon, recharging at the Bonnie Doon cafes before returning to slate that hard-earned thirst at the Delatite Hotel which is equipped for cyclists’ every need.

The Rutherglen Tweed Ride has become an institution amongst the cognoscenti. If you can’t time your visit during this annual ride, no matter. Plan a trip to explore the flat 9km section Rutherglen to Wahgunyah section of the Murray to Mountain Rail Trail. There are plenty of cellar doors in easy riding distances and some hidden tranquil bends on the mighty Murray for a refreshing dip. 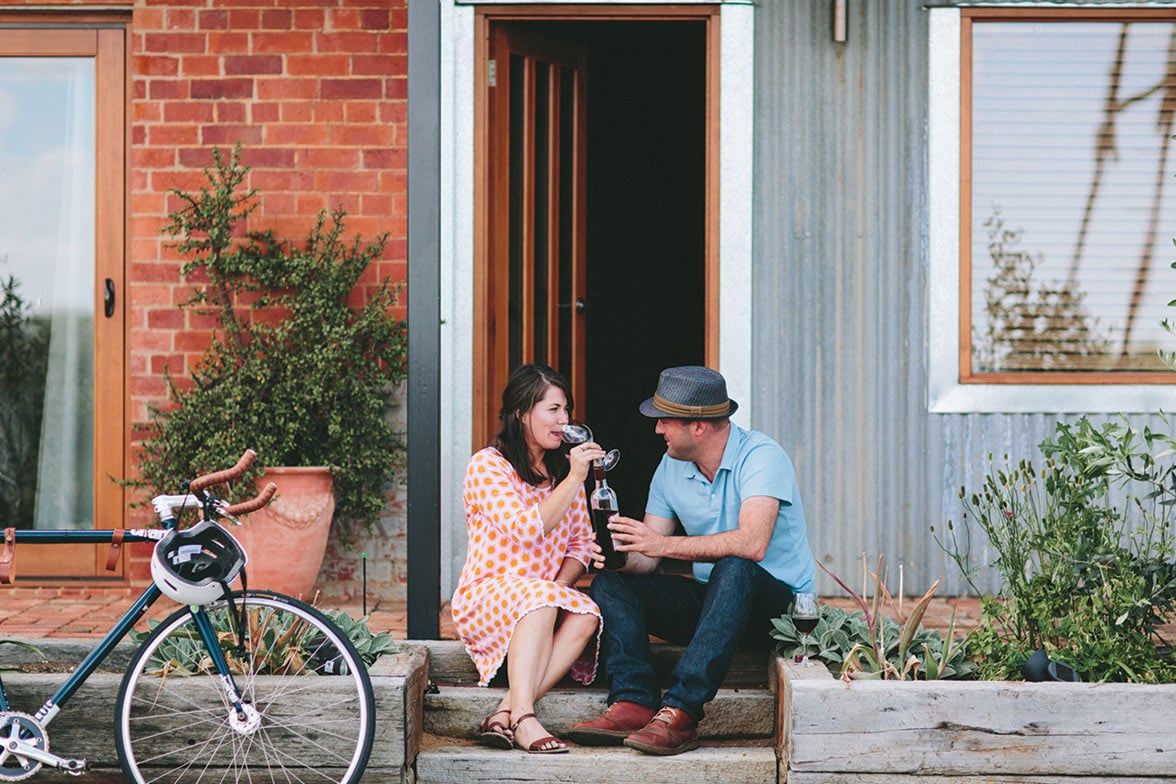 The 6km ride from Bright to Porepunkah is perfect for families with young children and those who like a gentle ride with time to chat. The Rail Trail Café in Porepunkah offers all day breakfast and delicious homemade cakes and scones. If you wish to explore further down the Ovens Valley via Ringer Reef Winery and on to Myrtleford is a good option - consider a hire eBike from Bright Electric Bikes. And to reward yourself on return drop into the Bright Brewery and relax on the Hop Terrace whilst enjoying the local fare and range of craft beers.